Posted by: Nicky Verd Comments: 2 Post Date: Jun 16, 2018
Nicky Verd2018-06-16T05:54:00+02:00
The myth of job creation. It’s natural that people think government creates jobs because that’s what politicians always say. Politicians have a self-interested motive to move in that direction because it increases their power and influence. Nobody will vote for them if they don’t promise job creation. Politicians make lots of promises. But where does the government get that money? Government is never an efficient way to build an economy or achieve an objective.
This theory that government create jobs sounds good, and it would be nice if it were true in real life, but it has a rather glaring logical fallacy. It overlooks the fact that, in the real world, government can’t inject money into the economy without first taking money out of the economy.
Many may argue that Government does create jobs, including teachers, police officers, firefighters, soldiers, sailors, astronauts, antiterrorism agents, park rangers, diplomats, etc. And this is technically true. In a smoothly functioning market economy, the process feeds on itself. But the government on the other hand grows only when government collects some private-sector income to pay its workers.
What people fail to see is that the money to pay government employees must come from somewhere — generally, taxes or loans. But if the people whose money is taken via taxation or borrowing had kept the money, they would have spent most or all of it on something — and that spending would have boosted the economy and employment. Taxes and complex regulation slowed job creation.
Economy growth and job creation only happens when governments leave people free to explore, create, disrupt, innovate and profit. Economic growth and jobs come from government getting out of the way and letting entrepreneurs/the private sector do what they do best – producing goods and services. Humans have needs and entrepreneurs see these needs as opportunity.

“Every country is built by entrepreneurs not politicians” ~ Mugumya Junior

How long are the youths going to blame the Government or wait on the government for change? Responsibility lies with you as soon you have reached an understanding age of maturity. You must start working to better your future. Don’t be a spectator in your own economy but a participant.

Today, being “Youth Day Celebration” in South Africa. My message for the youth is that they most stop the heavy reliance on government for jobs. The work of government is not to create jobs, but to create an environment for people to develop their own work. This process is what will create jobs we haven’t even imagined yet. The responsibility to change things, create jobs and boost any country’s economy lies with the youths and not the government.

By Nicky Verd
Feel free to share your thoughts in the comments section below. 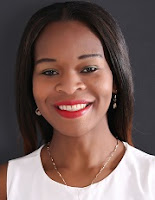 She is passionate to serve, empower and ignite human potential, as well as inspiring you to Take Ownership of Your Life.

*Instagram
*LinkedIn
“You owe yourself everything you expect from others”